New Delhi. Opposition parties, who have been continuously protesting since the construction of the new Parliament building, have now accused the Ashoka Pillar installed on top of the building from the original form and displaying angry lions instead of calm gentle lions. Calling it an insult to the national emblem, he has demanded an immediate change. The Congress, Trinamool Congress and RJD leaders have been satirized that the Ashoka period has a tendency to be swallowed up instead of the original work. A day earlier when Prime Minister Narendra Modi unveiled a replica of the Ashoka Pillar (national emblem) on the front side of the new Parliament building. Worship was also performed and opposition parties raised questions on this.

Opposition leaders had said that Parliament does not belong to the government, so the Speaker should have unveiled it. It was clarified by the BJP that the government is building the Parliament. After the construction is completed, it will be transferred to the Parliament. But the controversy is not taking its name to stop. Since Tuesday morning, Congress leader Adhir Ranjan Chowdhury, Trinamool MP Jawahar Sircar and Mahua Moitra, RJD created a new controversy by tweeting.

Adhir Ranjan wrote, ‘Please look at the faces of the lions in both the works. It represents Sarnath or the lion of Gir. Look at it and rectify it if needed.’ Congress General Secretary Jairam Ramesh said, ‘Changing the character and nature of the lions on the Ashoka Pillar of Sarnath is nothing but an insult to the national emblem of India.’
RJD reacts, Ashoka Pillar

Putting a photo of its difference from the original of Sarnath, the RJD said, ‘There is a sense of gentleness on the face of the original and the man-eating tendency to swallow everything of man, ancestors and the country on the face of the masterpiece made in the Amrit period. Every symbol reflects the inner thinking of a human being. Earlier, Jawahar Sirkar had also tweeted something similar.

Trinamool Congress Lok Sabha MP Mahua Moitra shared the picture of new and old Ashoka Pillar on Twitter. He wrote that truth be told, the transition from Satyamev Jayate to Simhamev Jayate has long been completed in spirit. By sharing both the pictures, they have tried to tell that the Ashoka Pillar installed in the Parliament has been changed.

On the other hand, Sanjay Singh, a Rajya Sabha member from the Aam Aadmi Party, has gone a step ahead and accused the BJP of changing the national symbol itself. Sharing a tweet, Sanjay Singh raised the question that I want to ask 130 crore Indians whether those who change the national symbol should speak anti-national or not. In the tweet, Sanjay Singh wrote that in the old Ashoka Pillar, Singh looks like a responsible ruler in a serious posture, while in the other (the one on the roof of Parliament) he looks like a scarecrow.

In response, Union Urban Development Minister Hardeep Puri also tweeted the photo of both and explained why this difference is visible. He said that it depends on the eyes of the beholder what he wants to see. The original work of Sarnath is 1.6 meters while the work on the Parliament is of 6.5 metres. If it is made in the shape of Sarnath, then both will look exactly the same. The Ashoka Pillar installed on the Parliament House is at a height of 33 meters. Putting a work in the shape of the original work there does not show anything. So a great work has been done. If the Ashoka Pillar motif is also seen from below, it may look as gentle or angry as is being discussed now.

In this regard, BR Mani, former Additional Director General, Archaeological Survey of India, said that the original pillar is 7-8 feet while it is about 21 feet. With such a difference the perspective changes. The angle is different when viewed from the ground level, but when viewed from the front, it is clear that it is a good attempt to copy. The Ashoka Pillar excavated in 1905 was copied to be installed over the Parliament House of India. The claims of opposition leaders will not be called baseless or meaningless, but it is not right to make political comments on it.

Controversy has been going on regarding the new Parliament House, it is known that the dispute has been standing since the time of the construction of the new Parliament House. Many people had filed a petition in the Supreme Court demanding a stay on the construction of Parliament House and Central Vista, which was turned down by the court. The opposition alleged that the government was spending money unnecessarily, while documents were presented on behalf of the government that the old building has now become dangerous. The suggestion to build a new Parliament building was first made during the Congress era when Meira Kumar was the Speaker of the Lok Sabha. 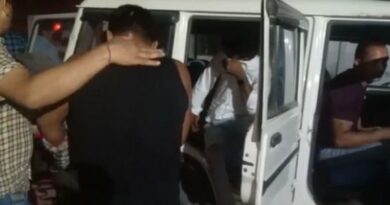 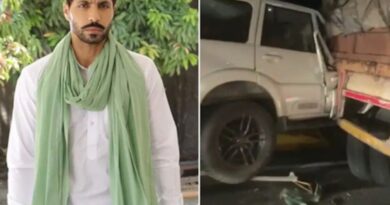 Punjabi actor Deep Sidhu died in a road accident near Sonepat, along with two friends