The king tries to know the Navaratnas of Vikramaditya.

The Navaratnas present in the court of King Vikramaditya included poets, scholars, singers and great scholars of mathematics, whose merits were ringing in the country and abroad. Let’s know who it was.
These are the Navratnas –

Their place has been counted among the Navaratnas. There are nine books written by him. All of them are related to Ayurveda medical science. He was a great master in medicine. Even today, if a doctor is to be praised, then he is likened to ‘Dhanvantari’.

As his name suggests, he was a Buddhist monk.

This also proves one thing that in ancient times, ministership was not a means of livelihood, but the council of ministers was formed with the spirit of public welfare. This is the reason that the sannyasis were also the members of the cabinet.

He wrote some texts in which only ‘Bhikshatan’ and ‘Nanarthkosh’ are said to be available.

He was a great scholar. On the basis of an inscription obtained from the present Buddha-temple of Bodh-Gaya, he is said to be the builder of that temple. Among his many books, the only book ‘Amarkosh’ is such that on its basis his fame is unbroken. In Sanskrit, there is a phrase Charitartha which means ‘Ashtadhyayi’ is the mother of the pundits and ‘Amarkosh’ is the father of the pundits. That is, if one reads these two texts, then he becomes a great scholar.

His full name is Shakuk. His only poetic text ‘Bhuvanabhudayam’ has been very famous. But today that too remains the subject of archeology. He is considered a great scholar of Sanskrit.

The story of Vikram and Vetal is world famous. He was the author of ‘Vetal Panchvinshati’, but his name is nowhere to be heard. It is proved from ‘Vetaal-Pachisi’ that how much Vetalabhatta was affected by the supremacy of Emperor Vikram. This is his only creation available.

Those who know Sanskrit can understand that ‘Ghatkharpar’ cannot be the name of a person. This is not even their real name. It is believed that they had a vow that the poet who would defeat them in alliteration and puns, they would fill water with a broken pitcher. Just since then his name ‘Ghatkharpar’ became famous and the original name disappeared.

The name of his composition is also ‘Ghatkharpar Kavyam’. It is an incomparable book of puns and alliteration.
Another book of his is also received by the name of ‘Nitisar’.

It is believed that Kalidasa was the beloved poet of Emperor Vikramaditya. He has also depicted the bright form of Vikram’s personality in his texts. The story of Kalidas is strange. It is said that he got education by the grace of Goddess ‘Kali’. That’s why he got the name ‘Kalidas’. From the point of view of Sanskrit grammar, it should have been Kalidas, but seeing the talent of Kalidas as an exception, it was not changed in the same way as ‘Vishvamitra’ was kept in the same form.

Whatever it is, there are no longer two opinions about Kalidasa’s scholarship and poetic talent. He was not only a great litterateur of his time, but till date no one has been born like him. Four of his poems and three plays are famous. Shakuntala is considered his last work.

Indian astrology has become proud of them. He has authored many books. Among them – ‘Brihajjataka’, ‘Suryasiddhant’, ‘Jupiter Samhita’, ‘Panchsiddhanti’ are the main ones. Mention of ‘Ganak Tarangini’, ‘Laghu-Jataka’, ‘Samasa Samhita’, ‘Marriage Panel’, ‘Yoga Yatra’, etc.

There is a difference of opinion on their name. Because there have been three persons by this name, among them-

2 ‘Vararuchi, the originator of Prakrit Light’ 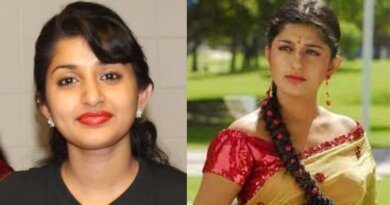 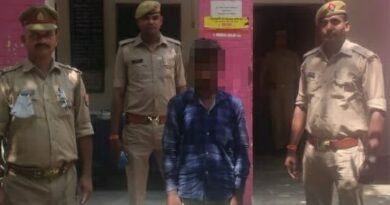 Lover killed for pressurizing marriage in Pratapgarh, woman was murdered, poison was mixed in food