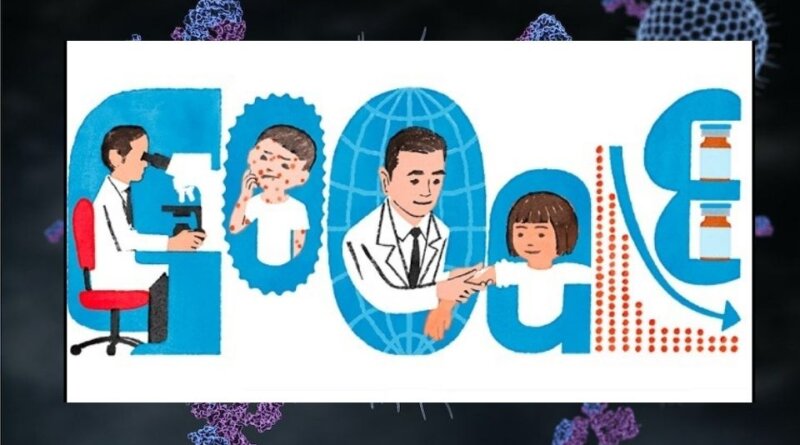 A doodle on search giant Google’s homepage on February 17, 2022, has featured Japanese virologist Dr Michiaki Takahashi, the developer of the world’s first vaccine against chickenpox, to commemorate his 94th birthday.

The doodle, illustrated by Tatsuro Kiuchi, a Tokyo-based artist, depicts Dr Takahashi looking through his microscope, and putting a bandaid on a child’s arm.

In 1963, Takahashi’s young son got very sick. The young boy had a high fever, and waves of small red bumps – which eventually became blisters and then open sores – covered his body. He’d become one of millions of kids in the U.S. who (until 1995) got sick with chickenpox every year. And his dad, a doctor from Japan who had come to Texas on a research fellowship at Baylor University, decided to do something about it.

Father Of The Year-

Soon after returning to Japan in 1965, Takahashi started working on a vaccine that would save kids like his son from having to suffer through chickenpox. He started with a sample of Varicella zoster, the virus that causes chickenpox, from an infected child.

200 years ago, that would have been close to the end of the story. Throughout the 1800s, doctors who wanted to vaccinate their patients against smallpox simply collected pus and scabs from people infected with cowpox and horsepox – which don’t make people nearly as sick as their cousin, smallpox.

They simply rubbed the virus-laden mess into cuts or scratches on the patient’s arm, which makes getting a shot, especially a shot of something that’s never been in another person’s body, sound like a walk in the park by comparison.

Fortunately, by 1965, virologists like Takahashi had more scientific knowledge at their disposal. Takahashi spent the next 9 years growing Varicella zoster in a series of cell cultures from humans and guinea pigs, gradually breeding a weaker version of the virus. He called this weakened, or attenuated, version the Oka strain, and it’s the basis of the vaccine that protects kids against chickenpox, and older people against shingles, today.

The chickenpox vaccine became available in Japan in 1986 and in the U.S. in 1995. Since then, millions of kids in more than 80 countries have had the shot.

“Thanks to his innovations, millions of cases of chickenpox are prevented each year,” Google said in a note released with the doodle.

Dr Takahashi was born on this day in 1928 in Japan’s Osaka. His chickenpox vaccine, named ‘Oka’, was developed in 1974 and subsequently approved by the World Health Organization. The lifesaving immunisation went on to be used by 80 countries and was administered to millions of children .

After earning a medical degree from the Osaka university, Dr Takahashi had joined the Research Institute for Microbial Disease at the same university in 1959, to study polio viruses and measles.

In 1963, Dr Takahashi accepted a research fellowship at Baylor College in the United States. It was during his time at the institute that his son developed a severe case of chickenpox, which led him to change the focus of his research, with the aim of developing a vaccine against the viral illness.

Returning to Japan in 1965, the virologist began culturing weakened, live strains of chickenpox. In 1974, he came up with the first vaccine against Varicella Virus, which causes the disease. The drug was subjected to a thorough trial process, involving immunosuppressed patients, eventually proving to be highly effective.

The Research Foundation for Microbial Disease at Osaka University began rolling out the vaccine in 1986 in Japan. At the time, Dr Takahashi’s was the only vaccine approved by the World Health Organisation, against Varicella virus.

In 1994, Dr Takahashi was appointed the director of the Microbial Disease study Group at Osaka University. He held this position until retirement.

Dr Michiaki Takahashi died in 2013 of a cardiac arrest.

What Is Chicken Pox –

Chickenpox is a disease caused by a virus called Varicella zoster. Most of the time, it infects young children, causing an itchy or painful rash, which gradually evolves into blisters that burst and scab over. Along with the rash come fevers, headaches, and fatigue.

V. zoster also causes another illness, called shingles. While chickenpox is usually a childhood illness, shingles most often strikes older adults. That’s thanks to the virus’ complicated life cycle, which we still don’t fully understand. When a person first gets infected with V. zoster, the virus causes chickenpox. Once those symptoms fade, after about a week, the patient is healthy and no longer contagious – but the virus may be lying in wait.

Somehow (this is the part we don’t yet fully understand), V. zoster can lie dormant in a person’s nerve cells for decades. When it reactivates, for reasons we also don’t yet fully understand, it causes shingles: a much more painful rash, which also comes with blisters. Sometimes the pain from shingles can last even after the blisters heal, probably because the virus infects the nerves.

Adults over 50 can get vaccinated against shingles; that vaccine is a larger dose of the weakened Oka strain of the virus.

The chickenpox vaccine is a live vaccine and contains a small amount of weakened chickenpox-causing virus.

The vaccine stimulates your immune system to produce antibodies that will help protect against chickenpox.

No vaccine offers perfect, impenetrable protection from illness, but a good vaccine can dramatically shift the odds in a person’s favor. On average, the chickenpox vaccine is about 90% effective at preventing infection, and it’s more than 95% effective at preventing serious illness (which means that if you do get sick, your symptoms are likely to be much milder if you’ve been vaccinated).

It’s been shown that 9 out of 10 children vaccinated with a single dose will develop immunity against chickenpox. Having 2 doses is recommended, as this gives an even better immune response.

The vaccination is not quite as effective after childhood. It’s estimated that three-quarters of teenagers and adults who are vaccinated will become immune to chickenpox.

The vaccine is given as 2 separate injections, usually into the upper arm, 4 to 8 weeks apart.

According to the CDC, “Each year, more than 3.5 million cases of chickenpox, 9,000 hospitalizations, and 100 deaths are prevented by chickenpox vaccination in the United States.”

Before 1995, about 4 million children a year got chickenpox in the U.S. For most of them, it meant a week of miserable week of headaches and constant itching. However, for about 12,000 a year, the illness was bad enough to require a trip to the hospital – and about 100 to 150 children died from chickenpox every year. By 2005, 10 years after the U.S. introduced the chickenpox vaccine, chickenpox cases nationwide had dropped by about 90%.

In purely quantitative terms, chickenpox exacted a small death toll compared to other childhood scourges, like polio, which killed thousands of children in its worst years during the early 20th century. It could be deadly, but it was more often just very unpleasant. But today, a simple shot can prevent that suffering and save the lives of 150 children a year.

Why is the chickenpox vaccination not part of the routine childhood immunisation schedule?

There’s a worry that introducing chickenpox vaccination for all children could increase the risk of chickenpox and shingles in adults.

While chickenpox during childhood is unpleasant, the vast majority of children recover quickly and easily.

In adults, chickenpox is more severe and the risk of complications increases with age.

If a childhood chickenpox vaccination programme was introduced, people would not catch chickenpox as children because the infection would no longer circulate in areas where the majority of children had been vaccinated.

This would leave unvaccinated children susceptible to contracting chickenpox as adults, when they’re more likely to develop a more severe infection or a secondary complication, or in pregnancy, when there’s a risk of the infection harming the baby.

We could also see a significant increase in cases of shingles in adults.

When people get chickenpox, the virus remains in the body. This can then reactivate at a later date and cause shingles.

Being exposed to chickenpox as an adult (for example, through contact with infected children) boosts your immunity to shingles.

If you vaccinate children against chickenpox, you lose this natural boosting, so immunity in adults will drop and more shingles cases will occur.

This is to reduce the risk of the person with a weakened immune system catching chickenpox and then developing serious chickenpox complications.

Examples of children who’d probably be eligible for a chickenpox jab on the NHS include the brothers and sisters of a child with leukaemia, or a child whose parent is undergoing chemotherapy.

You cannot get the chickenpox vaccine free on the NHS if you simply want to prevent your child catching chickenpox and there are no other associated health risks.

I’m not sure if I had chickenpox as a child. How can I check?

The first thing you can do is ask your parents.

If you spent your childhood in England, it’s very likely that you had chickenpox as a child.

Your GP may have noted that you had chickenpox in your medical records.

If people in ‘at-risk’ groups cannot have the vaccine, what treatments are available if they’re exposed to chickenpox?

People with weakened immune systems and pregnant women without immunity who are exposed to chickenpox can be given a medication called varicella zoster immunoglobulin (VZIG).

VZIG contains chickenpox virus-fighting antibodies, and can reduce chickenpox symptoms and lower the risk of complications for those exposed to the infection.

I recently had the chickenpox vaccine and have just found out I’m pregnant. What should I do?

If you find out you’re pregnant within a month of having the chickenpox vaccine, it’s best to contact your GP for advice.

Do not worry. A study in the US of nearly 700 women who’d received the chickenpox vaccine while pregnant found no cases of babies affected by the vaccine. 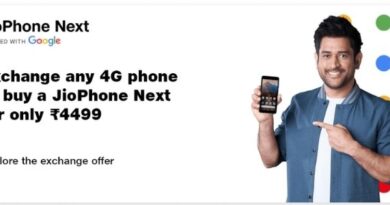 Exciting Offer of Jio! Rs 4499 Only 4G Smartphone; Knowing that you will also want to buy 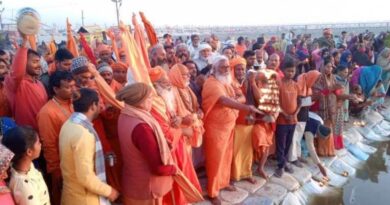 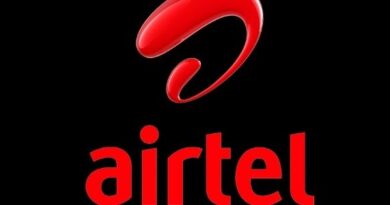