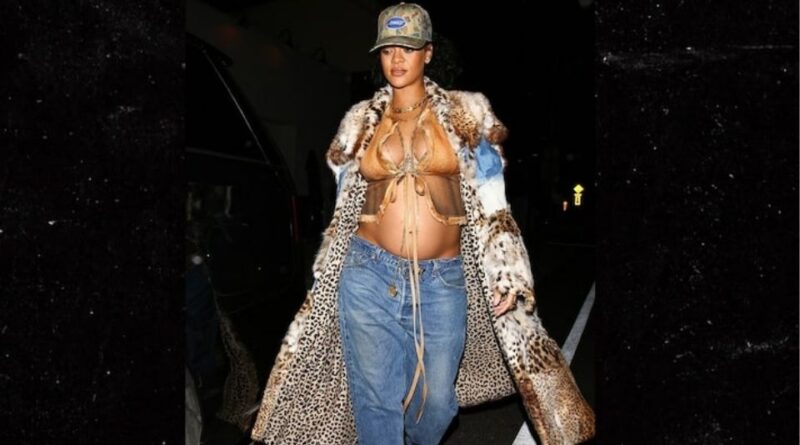 Rihanna was clicked by celebrity photographer Miles Diggs as she was out and about in Beverly Hills in an ou Rihanna and her long-time beau A$AP Rocky recently announced that they are to-be-parents in what can be called one of the most memorable pregnancy announcements in recent memory — through a street style photoshoot in Harlem, the father-to-be’s hometown.tfit that has already won maternity fashion.

RiRi did so wearing a pink vintage Chanel jacket from the brand’s Fall/Winter ’96 show by Karl Lagerfeld. She also wore multi-coloured body jewellery, glittering waist belt, and a pair of baggy low-rise denims, flaunting her bump.

More recently, Rihanna was clicked by celebrity photographer Miles Diggs as she was out and about in Beverly Hills in an outfit that has already won maternity fashion.

The Wild Thoughts singer was seen in an all-black look with stirrup leggings and a strappy black sweater that flaunted her bump.

She paired it with a black puffer jacket, a black Balaclava, and futuristic black shades along with statement golden body jewellery, shimmery anklets, and black pointed stilettoes.

Rihanna had previously shared a picture of her flaunting her bump wearing a bright orange and blue jersey, along with pictures from her and A$AP Rocky’s Harlem photoshoot, captioning the post, “how the gang pulled up to black history month,” which ends March 1. 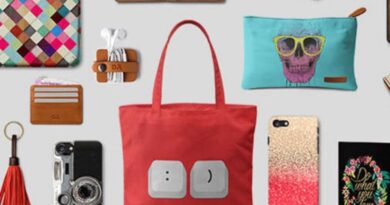 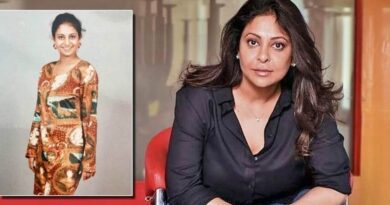 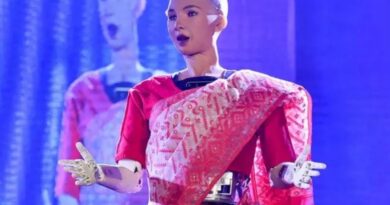